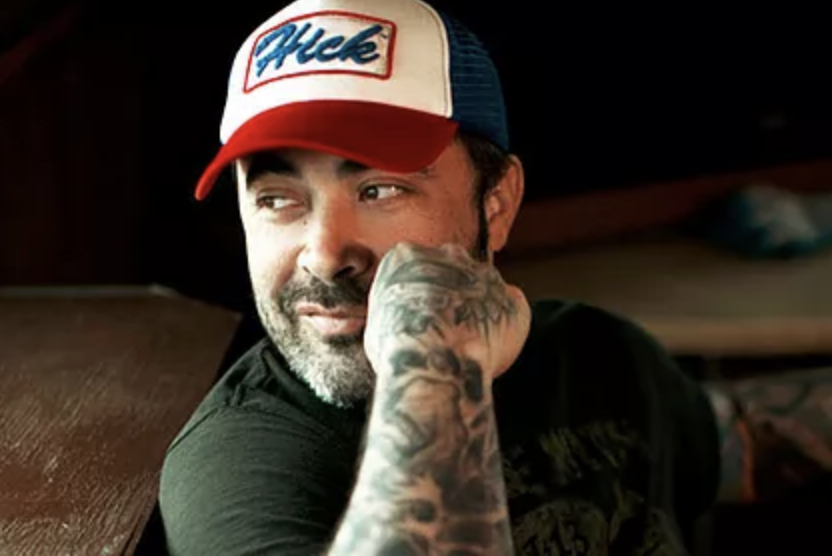 The night promises to include plenty of surprises and highlights, as Aaron announces friends Jerrod Niemann, Craig Morgan, Eric Paslay and Jared Ashley have joined the all-star lineup. Reserved seating is available for $35 per ticket, and premium VIP tickets are available for $109 per ticket by visiting Ticketmaster.com Proceeds from the event will benefit the ITAC.

Aaron took some time to reflect on what ITAC’s Aaron Lewis & Friends means to him and how it has evolved over time: “It Takes a Community Foundation began when Vanessa and I joined with neighbors to keep the doors of our community school open after state funding was eliminated. It started out as something very personal and close to home but morphed into something bigger. We asked ourselves, ‘If ITAC could make a difference in our little corner of Massachusetts couldn’t we give additional communities a similar leg up in other forgotten areas of rural New England?’”

“We moved to Worthington, Mass. because we wanted our children to grow up and go to school in a community where everyone looks out for everyone else. We had this wonderful school with great energy and small classes, but we were told that we were going to lose all of that, and our kids were going to be bused far way to a distant school. We weren’t going to stand for that,” adds Vanessa Lewis.

Tim Van Epps, CEO of ITAC adds, “ITAC works with local leaders and community organizations with firsthand knowledge of the needs of their communities. We raise funds and support organizations or efforts that strengthen, engage and enrich rural New England communities, improve the lives of children, sustain diminishing public services, and provide assistance to communities in crisis. Initially, the projects have been focused in western Massachusetts. As ITAC matures, we will continue to seek opportunities to support efforts in other communities throughout New England.”

About Aaron Lewis:
Aaron Lewis’s 2011 debut solo release, Town Line, shot to #1 on Billboard’s Country Album Chart. His first solo single, “Country Boy” was certified Gold, earning him multiple CMA, ACM and CMT Music Award nominations; the video has been streamed over 15 million times to date. Lewis is currently the headlining act on the Jägermeister Tour – premiering songs from his current album, The Road, a project released by Blaster Records via Warner Music Nashville. As the frontman for the multi-platinum selling band Staind, Lewis is the songwriter and voice behind the most-played rock song of the past decade, “It’s Been Awhile,” in addition to three No. 1 hits and eight Top Ten singles. Lewis’s new single, “Granddaddy’s Gun,” is sure to make a huge splash when it ships to country radio soon. For up-to-date information on Aaron Lewis, visit www.aaronlewismusic.com.